How to Vacate an Arbitration Award Under New York Law 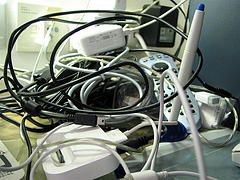 With the proliferation of mandatory arbitration clauses in business and employment contracts - and make no mistake - these clauses have become extremely popular, the question that is being asked more and more often is,

"If I lose at arbitration, what, if anything can I do to undo the arbitrator's award?"

To be clear, and unfortunately, it is not at all uncommon that the losing side to an arbitration feels rather strongly that the result was unfair.

But while that isn't nearly enough to undo, or untangle yourself from the results of the arbitration, there are some limited circumstances - at least under New York law - when you can apply to the Courts to vacate the arbitration award.

At this point, a word of caution is in order: New York's courts have long and consistently held that

That said, there are exceptions carved out from this general rule where a court may be willing to undo the results of arbitration.

When a New York Court May Vacate an Arbitrator's Award

To that end, CPLR 7511(b)(1)(iii) provides that a court may vacate an arbitrator (or arbitration panel's) award

In addition, an arbitration award may be vacated “if the court finds that the rights of [a] party were prejudiced by ... corruption, fraud or misconduct in procuring the award” (CPLR 7511[b][1][i]).

In other words, a party that seeks to overturn an arbitrator's award must demonstrate (via competent evidence) one of three (3) things:

(1) that the entire arbitration process was corrupted by fraud;

(2) that, in rendering the decision, the arbitrator (or arbitation panel) clearly exceeded the limited authority they were given to decide the matter; or,

(3) that the arbitrator (or arbitrators') award was completely irrational, or, in legalese, "arbitrary and capricious."

As you may have guessed, this standard for vacating arbitration awards is far from easy to meet.

This is by deliberate design.

Otherwise, i.e., if it were easy to vacate arbitration awards, the courts would be fostering, rather than inhibiting litigation, and thereby defeating one of the primary - if not the primary - purpose for the arbitration procedure.