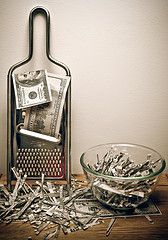 I can't even remember the number of times I've seen the look of disappointment of clients, or potential clients, when they learn that proving their damages resulting from the other side's breach of their agreement is often far more daunting than they imagined, particularly when it comes to the issue of lost profits.

(Bear in mind, that in New York, a plaintiff whose contract has been breached can recover the amount of profit that he or she would have made had the defendant kept their end of the bargain. For additional information on this topic, click on the link to the right to see an educational video on New York's formula for computing damages in a breach of contract case).

"Why?" you ask. After all, aren't you entitled to that under New York law?

Yes, as a general rule, you can recover lost profits as a measure of damages for breach of contract, and here are the elements you will need to prove:

But here's where it gets tricky: