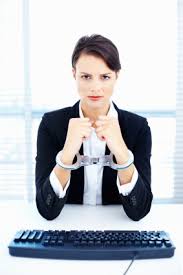 In case you thought that a non-compete provision and a non-solicit provision in the context of an employment agreement were really one and the same, a NY Federal judge's clear opinion to the contrary should disabuse you of that notion.

And here's why the distinction matters:

To that end, the Court summarized this the difference between non-compete clause and non-solicit provision as follows:

"[W]here an employer proffers protecting customer goodwill as the legitimate interest it seeks to protect with a restrictive covenant, the covenant must actually protect that interest. A broad non-compete that baldly prevents competition will not be enforced, particularly where the employer is already protected by a non-solicitation agreement. This is the standard set forth by the New York Court of Appeals in BDO Seidman v. Hirshberg, 93 N.Y.2d 382 (1999). There, the court explained that a restraint will only be considered reasonable if it is "no greater than is required for the protection of the legitimate interest of the employer…." Id. at 388-89 (emphasis in original)."