The Critical Differences Between a Broker and a Finder in NY 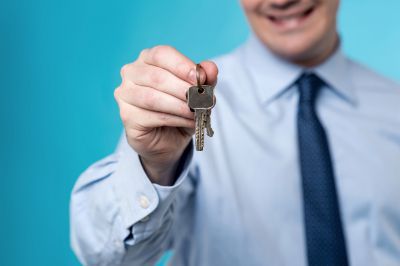 Inherently, you should suspect that there is a fundamental, critical distinction between a finder and a broker. And you'd be right.

But what are the differences between a finder and a broker - and, more to the point - why do they matter?

The critical distinctions between a broker and a finder are evident in two areas: First, in terms of what proof you need to demonstrate that you qualify as a broker, as opposed to a finder, and second, as a corollary to that, the different kinds of enforcement options available to each under New York law in trying to recover the fees they earned.

The reason for this has been set forth, in relatively straightforward terms, by New York State's highest court, the Court of Appeals, which stated as follows:

When analyzing claims for a fee allegedly earned in connection with the sale of real estate, one must distinguish between a "finder" and a "broker," as each are entitled to a fee under difference circumstances. See N.E. Gen, Corp. v. Wellington Adv., Inc., 82 NY2d 158, 162-63 (1993).

"The finder is required to introduce and bring the parties together, without any obligation or power to negotiate the transaction, in order to earn the finder's fee. While a broker performs that same introduction task, the broker must ordinarily also bring the parties to an agreement." Id. at 163 (citations omitted). "[A] finder has far less involvement in the ultimate transaction quantitatively and qualitatively, and thus has significantly fewer and different responsibilities to the hiring client. Often, for example, the finder may accomplish work in as little as two phone calls." Id., citing Minichiello v. Royal Bus. Funds Corp., 18 NY2d 521, 527 (1966).

One Important Advantage for Brokers Over Finders

Unlike mere finders, brokers enjoy a huge advantage in terms of mechanisms to recover their fee, for they are allowed by statute to assert a broker's lien for services performed, as laid out in  NY Real Property Law § 294-b; NY Lien Law § 2(4); § 10(1).

A Word of Caution Regarding Finder's Fees

"All subsequent iterations of a prior, unconsummated deal will necessarily share some commonalities with the original deal. A plaintiff can always point to something or someone involved in the first deal to claim a continuing connection. The only sensible way to find that common elements establish a continuing connection is for that similar variable to have a nexus to plaintiff."