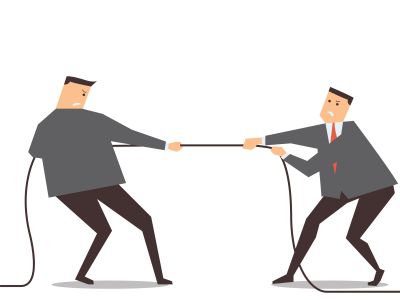 True, New York's courts will almost always honor the parties' choice of which state's law should govern any dispute arising out of their agreement. As a practical matter, that means it behooves you to make sure that you can live with the state's law that is set forth in the agreement, because as noted elsewhere, when it comes to non-compete agreements, for example, the states' laws vary rather widely.

So, what can you do it you've previously signed an agreement that contains a choice of law provision that you're very unhappy with, and the other side to the agreement is pushing to apply that unfavorable jurisdiction's laws?

Youre not necessarily out of luck - although neither of the two primary options is easy to prove.

A word of caution is warranted:

In order to avail yourself of this exception to the general rule favoring choice of law provisions, you need to actually show that the proposed law not only conflicts with New York law, but that it violently collides with New York principles.

When the Other Jurisdiction's Laws Offend New York Policy

At first blush, it would appear that choice of law provisions could be overridden every time New York's laws conflict with that of the chosen jurisdiction. Not surprisingly, the public policy exception is far narrower, and will only apply in exceptionally rare circumstances; otherwise, the exception would swallow the rule.

To that end, New York's Court of Appeals (the highest State court in New York) has articulated the standard for applying the public policy exception as follows:

"We must determine whether New York's public policy against such contracts is so fundamental that it should override the parties' choice of law ... As we said in Cooney v Osgood Mach. (81 NY2d 66, 79 [1993]), "plainly not every difference between foreign and New York law threatens our public policy. Indeed, if New York statutes or court opinions were routinely read to express fundamental policy, choice of law principles would be meaningless." Welsbach Elec. Corp. v MasTec N. Am., Inc., 7 NY3d 624 (2007).

The takeaway from this should be evident:

You should NEVER assume that the choice of law provision in your contract will be void as against public policy simply because it differs - even if significantly so - from New York law.