When an Agreement Does - & Doesn't - Need to be in Writing 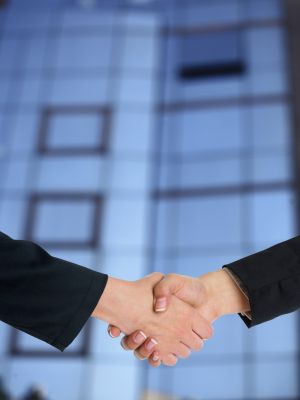 Sometimes, a handshake isn't good enough - at least under New York law. When you fail to reduce your agreement to writing, there is the very real risk that you may be out of luck if the other party to the agreement breaches their end of the deal. And the reason has a name:

The Statute of Frauds.

General Obligations Law § 5-701, colloquially known as New York's Statute of Frauds, requires that certain types of agreements be reduced to writing in order "to prevent fraud in the proving of certain legal transactions particularly susceptible to deception, mistake and perjury" (D & N Boening, 63 NY2d at 453).

If your agreement falls under one of these categories and it isn't reduced to writing, a New York court is required to hold the agreement unenforceable as a matter of law.

So, what are these categories?
The first example, under section 5-701 (a) (1), voids an unwritten agreement if, by its terms, it "is not to be performed within one year from the making thereof" unless it "or some note or memorandum thereof be in writing, and subscribed by the party to be charged therewith" (see generally Cron v Hargro Fabrics, 91 NY2d 362 [1998]).
There is an important caveat here:
The statute encompasses only those agreements which, by their terms, "have absolutely no possibility in fact and law of full performance within one year" (D & N Boening, 63 NY2d at 454; North Shore Bottling Co. v Schmidt & Sons, 22 NY2d 171, 175-176 [1968). In other words, it makes no difference if the completion of performance within one year may be unlikely or improbable; such an unwritten agreement will not inherently be barred by the Statute of Frauds.

Some Important Exceptions to the Statute of Frauds

As with most rules, there are some ways to try to circumvent the Statute of Frauds - even if you failed to reduce your agreement to any form of writing. Perhaps the most practical way of doing so, however, is demonstrating that despite the lack of a writing, a significant part of the agreement had been performed, whose only real explanation would be that these actions were taken because a clear agreement had been reached.

In other words, if the actions that were performed were "merely steps taken in contemplation of a future agreement," that will not suffice to take a case outside the ambit of the Statute of Frauds. See, e.g., General Obligations Law 5-703; Messner Vetere Berger McNamee Schmetterer Euro RSCG v. Aegis Group, 93 N.Y.2d 229, 235, 237 (1999).

New York's courts have also explicitly excluded agreements to create a joint venture from the Statute of Frauds because they typically have no specific time element or requirement (and therefore, fall outside the ambit of 5-701(a)(1)), stating: