When NY Parents Can Be Held Liable For Kids' Dangerous Acts 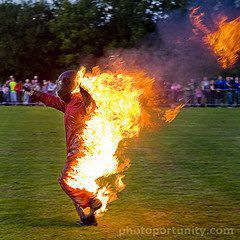 I've been asked this question more times than I can count:

Aren't the parents responsible for the acts of their children?

While, in terms of parenting, the answer is yes, to some degree the parents are responsible, that is a far cry from rendering parents legally liable for their childrens' bad acts.

At the outset, a harsh truth

A Crucial Exception to the General Rule

There is an important, albeit limited, exception to this rule, however:

Where the parent negligently entrusted a "dangerous instrument" to the child.

And the reason for this exception is relatively straightforward:

By giving this dangerous instrumentality to a child, the parent has placed others in harm's way, and in that fashion, has breached his or her duty to control the child's (who may lack appropriate judgment) use of dangerous instruments to protect others (in legalese, "third parties") from foreseeable harm.

Some Examples of "Dangerous Instrumentalities"

Two (2) examples where parents have been held liable for negligently allowing their children to play and/or use dangerous instrumentalities (as a result of which other, third parties, were injured) include where under age children were allowed to play with (1) air guns (in contravention of New York's Penal Code), and (2) All-Terrain Vehicles (ATVs).