Why Losing (Let Alone Deleting) Evidence Can Kill Your Case 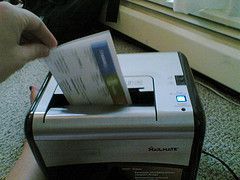 Given what recently transpired in a breach of contract case I was handling where the other side to the litigation was penalized severely by the court for failing to produce a copy of its correspondence and documentation regarding my client's claims (the court struck their pleadings, meaning we no longer had to prove our case, other than the amount of damages we claimed we were entitled to), I couldn't help but recall the high-profile case where Psystar showed a suprisingly cavalier attitude, by virtue of their utter lack of response, to Apple's claim that they have deliberately destroyed evidence that was critical to Apple's claims for copyright infringement, unfair competition and breach of contract.

Psystar seemed to believe, or at least would like to give the impression, that Apple's assertion is inconsequential.

Here's why adopting Psystar's attitude, that losing or destroying evidence "is no biggie," is as a general rule, is not only wrong - it is very wrong.

Misconception #1 - If I Destroy Evidence That The Other Side Needs For Their Case, It's Their Problem, Not Mine - This notion is patently false. The Court is obliged to assure that your loss of the evidence does not unfairly prejudice the other side's ability to prosecute its claim or defense.

Misconception #2 - If I Merely Lost the Evidence, Rather Than Deliberately Destroyed It, The Court Will Not Sanction Me - Though this used to be the rule in New York, it hasn't been true for over 10 years. Since 1997, New York's courts have increasingly held that where the critical piece of evidence has been retained by a party - even just in anticipation of litigation, and that piece of evidence is negligently lost or destroyed, the responsible party's claims or defenses may be dismissed.

In short, don't be fooled into thinking that the mere loss of evidence (as opposed to affirmative destruction of evidence) is without consequences.

Misconception #3 - I can't be held responsible if the documents were destroyed in the regular course of our record retention policies. While this may be true in some circumstances, it is absolutely untrue if the records were lost or destroyed after litigation was reasonably foreseeable. As a practical matter, this means that once you have reason to suspect that litigation may be on the horizo

Destroying or losing important evidence (in legalese, "spoliation") is not limited to one genre of case; it holds true whether it be in a breach of contract or infringement matter (as in Apple's case), or in a dangerous/defective products or garden-variety personal injury accident case.

Under the spoliation doctrine, the court is charged with the responsibility of leveling the playing field, and to restore balance between the party that lost the evidence and each party's need for that evidence. Consequently, the court will look at several factors before determining what penalty, if any, should be issued.

The factors the court will consider before issuing sanctions (and, if so, the nature of the sanctions) include the following:
How critical is this evidence to the case?

At the risk of stating the obvious, destroying - or even losing - evidence once litigation has become foreseeable is fraught with danger to your case. Under no circumstances should this be taken lightly.