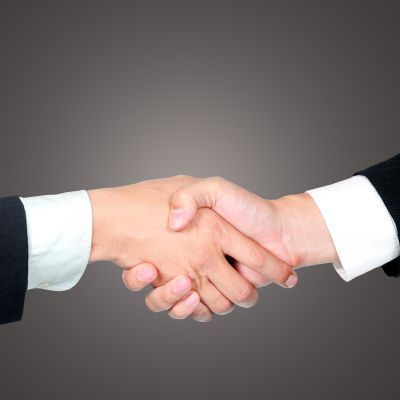 Image: FreeDigitalPhotos.net
I've certainly been asked this question more times than I would have ever thought possible.
Two parties decide to begin a joint venture, and they're such good friends, they do it on a handshake.
Fast forward two years later, and things haven't gone that well; party #2 has taken over the books, and won't even let party #1 see them. (Doesn't that raise an awful lot of red flags?)
At that point, party #1 decides to contact a lawyer to see what his rights are, figuring he probably has none, as they never entered into a written agreement.
It turns out, he's wrong.

Contrary to popular belief, there are circumstances where you can prove that a joint venture existed - even if you never reduced it to a written, signed agreement.

And, quoting from some New York caselaw, here's why:

Indeed, New York's Court of Appeals has specifically held that a plaintiff can prevail upon such a claim, if they set forth facts to establishing such elements as their "contribution of property, skills, etc., control over the venture or a sharing of possible financial losses" (see Matter of Steinbeck v Gerosa, 4 NY2d 302, 317 [1958], appeal dismissed 358 US 39 [1958]).

Two words of caution are in order, however:

First, there are a number of kinds of joint agreements that cannot be unwritten, as they will be barred by the Statute of Frauds. Two prime examples would be agreements to purchase property or that inherently cannot be performed within one year (see General Obligations Law § 5-701; see e.g. Nemelka v Questor Mgt. Co., LLC, 40 AD3d 505 [2007]).

Second, without a formal written agreement the plaintiff may have difficulty proving that the two sides actually reached an agreement, or in legalese, reached "a meeting of the minds" so as to render it an enforceable agreement under New York law (see, e.g., Goshen v Mutual Life Ins. Co. of N.Y., 98 NY2d 314, 326 [2002]). As such, there was no mutual assent or meeting of the minds as to the proposed joint venture (see May v Wilcox, 182 AD2d 939 [1992]).