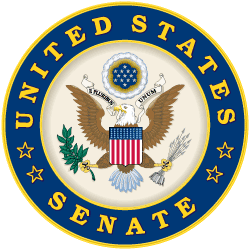 Granted, there have been past attempts to rein in non-competes at the federal level, such as the ill-fated Workforce Mobility Act of 2018 that was introduced by Democratic Senators Senators Elizabeth Warren (D-MA), Chris Murphy (D-CT), and Ron Wyden (D-OR). The House of Representatives' version of that same bill went a bit further in some respects, particularly in providing for a rebuttable presumption that such an agreement was in violation of the antitrust laws absent a showing by the employer to the contrary. Not surprisingly, that proposed legislation fell flat.

How the Workforce Mobility Act of 2019 is Different

In the first instance, this is, to the best of my knowledge, the only proposed bi-partisan federal legislation of this vexing issue that has been submitted to the U.S. Senate for consideration; past attempts, such as last year's similarly titled proposed bill was introduced by Democrats alone. At the risk of stating the obvious, this factor, in and of itself, drastically enhances its chances of passing - in one form or another.

To be sure, there are compelling reasons to rein in non-compete agreements; as we all know anecdotally, it is indeed rare that anyone stays at one job for the duration of their entire work career. Consequently, the need to make sure that workers can readily improve and advance their careers, both from a salary and growth perspective, without fear of adverse consequence, is clearly manifest.

The proposed bill articulates these concerns as follows:

"The proliferation of noncompete agreements  throughout sectors, occupational categories, and income brackets is contrary to Congress’s commitment to fostering stronger wage growth for workers in theUnited States. Economists now estimate that 1 in 5 workers is covered by a noncompete agreement.  Noncompete agreements are blunt instruments that crudely protect employer interests and place a drag on national productivity by forcing covered workers to either idle for long periods of time or leave the industries where they have honed their skills altogether. Enforceable noncompete agreements also reduce wages, restrict worker mobility, impinge on worker freedoms to maximize their labor market potential, and slow the pace of American innovation."

Where a Non-Compete Will be Upheld

Therefore, the bill proposes to ban non-competes other than in the following circumstances:

Importantly, this proposed bill also contains a carve-out that allows employers to protect their trade secrets, and to use non-disclosure agreements in that regard.

How the Bill, if it Becomes Law, Will be Enforced

According to the proposed bill, employers found to be in violation of this Act by the FTC and/or the Department of Labor may be subject to a weekly civil penalty of up to $5,000. In addition, if the former employee prevails on a civil action pertaining to the non-compete, they may be entitled to recover their damages, as well as the legal fees incurred in connection with the litigation.

For now, we will have to stay tuned and wait to see how things develop.