Why, in Some Cases, Non-Solicitation Clause Will Be Implied 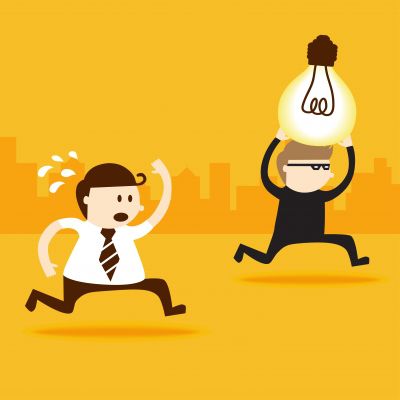 A few years back, we wrote in general terms about how good faith is implied in New York contracts.

But sometimes the courts will go further, and imply not only good faith, but a non-solicitation clause in an agreement.

When a Non-Solicitation Clause Will be Implied

In the last few years, a decision from New York State's highest court in Bessemer Trust Co. v. Brainin offers some really good guidance - and some instructive language, as to one of the primary instances where a non-solicitation clause will be implied, citing from what has come to be known as the "Mohawk Doctrine":

"Under New York common law, a seller has an "implied covenant" or "duty to refrain from soliciting former customers, which arises upon the sale of the 'good will' of an established business" (Mohawk Maintenance Co. v Kessler, 52 NY2d 276, 283 [1981]) ...

An interesting YouTube video discussing this specific issue is below:

"A seller's "implied covenant" not to solicit his former customers is 'a permanent one that is not subject to divestiture upon the passage of a reasonable period of time ... This is so because "[t]he essence of [these types of] transaction[s] is, in effect, an attempt to transfer the loyalties of the business' customers from the seller, who cultivated and created them, to the new proprietor" (id.) ...

This implied covenant is not without limitation, however:

Limitations on the Implied Non-Solicitation Clause

"Notwithstanding this "implied covenant," a buyer assumes certain risks when he purchases an existing business and attempts to transfer the loyalties or "good will" of that business as his own. For example, the customers of the acquired business, "as a consequence of the change in ownership," may choose to take their patronage elsewhere (id.). Indeed, "the occurrence of a certain amount of attrition is one of the risks that the purchaser must assume when he acquires an established business" (id.).

Moreover, the seller of a business is free to subsequently compete with the purchaser and even "accept the trade of his former customers, provided that he does not actively solicit such trade [such as by] sending targeted mailings or making individualized telephone calls to his former customers informing them of his new business ventures ...

On the other hand ... so long advertisements [are] general in nature and not specifically aimed at the seller's former customers [they are] permissible under New York law. "While the "implied covenant" places certain barriers on a seller's conduct, it in no way prohibits a former customer or client from gathering information about that seller. In the free market, consumers of goods and services have the right to make informed choices ...

Thus, a seller of "good will" may answer the factual inquiries of a former client, so long as such responses do not go beyond the scope of the specific information sought ...[but may not] explain, for example, why he believes his products or services are superior ... "

Finally, there are a myriad of other instances regarding where and how New York's courts may imply or otherwise handle non-solicitation clauses. A good start for anyone seeking additional information on this topic would be  "How to Solicit Old Clients Without Breaching a Fiduciary Duty."

by Jonathan Cooper [email protected]
Connect with me
Non-Compete, Trade Secret and School Negligence Lawyer
1 Comments
Interesting article-thanks. In Pennsylvania, where I practice, the court's will go a step farther. The will enjoin competitive activity by a former employee even in the absence of a restrictive covenant if the nature of the employee's duties for the new employer would make it impossible in a practical sense not to use the confidential information of the former employer learned as a result of the former employment.
by Robert Small September 18, 2015 at 10:38 AM
Post a Comment