How to Prove an Unjust Enrichment Claim Under New York Law 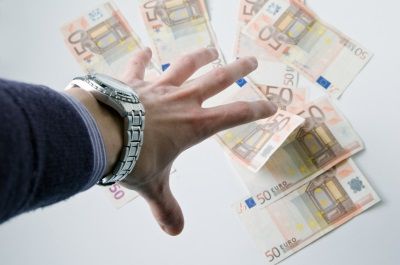 At the risk of stating the obvious, in order to establish what the required elements are for winning an unjust enrichment claim, we must first, as a threshold matter, understand what unjust enrichment is - and what it isn't.

What is Unjust Enrichment?

Fortunately, New York's courts have provided some guidance on this issue. As one New York court put it:

"To state a cause of action for unjust enrichment, a plaintiff must allege that it conferred a benefit upon the defendant, and that the defendant will obtain such benefit without adequately compensating plaintiff therefor.”

At first blush, this seems fair enough.
But is it?

How Unjust Enrichment Differs From its Siblings, Tortious Interference and Unfair Competition

Although unjust enrichment bears a great deal of similarity to other causes of action in the broader context of non-compete agreements and breaches of fiduciary duty, there is are a number of critical distinctions, including the following:

A) Unjust Enrichment Claims Do Not Require Proving Defendant's Intent

Unlike the other causes of action in this rubric, such as tortious interference or unfair competition, unjust enrichment is not inherently an intentional tort (which would inherently require the plaintiff to also show that the defendant acted "intentionally and knowingly"); to the contrary, New York's courts have held that it requires only a showing of the following:

1) that the defendant benefitted;

2) at the plaintiff's expense; and,

In fact, a cause of action may lie even if the defendant did not intend to injure the plaintiff. See, e.g., Corsello v. Verizon N.Y. Inc., 2012 WL 1032741 (N.Y. 2012) ("Typical [unjust enrichment] cases are those in which the defendant, though guilty of no wrongdoing, has received money to which he or she is not entitled").

If both claims are made, the court is obliged to dismiss either one or the other.