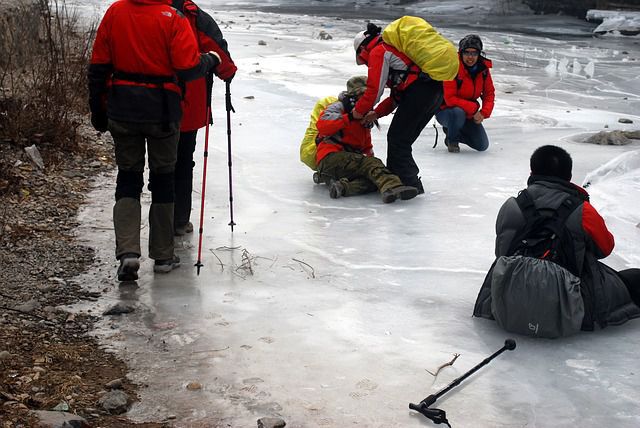 Let's be up front about this: many, if not most, slip and fall cases in New York fail.

In a New York slip or trip and fall case, it is common practice for a defendant property owner or independent contractor to seek summary judgment, i.e., an order from the court dismissing the action, before trial.

Following is a list of the 4 most common reasons that a slip and fall case may be dismissed:

This is where things can get tricky for a plaintiff. Although a court may deny the summary judgment motion for any number of reasons, there is one in particular that should give a plaintiff great pause rather than cause for celebration: where the court finds that the defendant simply did not meet its burden of proof on the motion.

To clarify: unlike at trial, where the plaintiff bears the burden of proof on each element of his or her claim, the roles are reversed at the motion stage, because in that case the defendant seeks the equivalent of a "trial on the papers." Stated differently, in a slip or trip and fall case, the defendant must affirmatively prove its freedom from negligence - i.e., that it exercised proper care, and had no actual or constructive notice of any defect - before it will be entitled to summary judgment.

Consequently, defeating a summary judgment motion on this ground alone, the victory may well prove short-lived; after all, the plaintiff will once again bear the burden of proof at trial. And if the plaintiff escapes summary judgment at the motion stage by the skin of his teeth, chances are he may not be as lucky at trial, when the burden of proof is his.

That said, and returning to our 4-prong list, the failure of the final prong may not inherently destroy the claim.

It is generally true that you need to know how your accident occurred in order to prove your negligence case against a defendant. There are a few critical exceptions to this rule, however, which make clear that the mere fact that the plaintiff himself doesn't know with certainty (or can't testify) how his accident occurred does not sound an automatic death knell to his negligence case - at least under New York law.

"So how does a plaintiff prove their negligence case under these circumstances?" you ask.

There are a few different possibilities.

Therefore, the best remaining option is often door #3, which is by way of circumstantial evidence. To that end, New York's courts have summarized this rule, particularly in the slip and fall context, as follows:

Therefore, a plaintiff can sustain this burden by demonstrating that she sensed the matter upon which she tripped under her feet, and then observed that matter immediately after her fall. Under those circumstances, the courts have held that "This provides a sufficient nexus between the material observed and the cause of the accident. (Cherry v. Daytop VII, Inc., 41 AD3d 130 [1st Dept. 2007])."

Author of the Free consumer guide to New York accident cases, "Why Most Accident Victims Do Not Recover the Full Value of Their Claim," Long Island and Queens, New York slip and fall, trip and fall and defective sidewalk and snow and ice accident lawyer Jonathan Cooper is available to answer your questions regarding how to prove New York City or a snow removal contractor's liability for snow and ice removal under New York law. For additional information on these topics, please feel free to contact his main office in Nassau County, Long Island at 516-791-5700.